Dear Customers, we are accepting NEFT, RTGS, CARDS , CHEQUES or DD’S in all our branches.
October 20, 2020 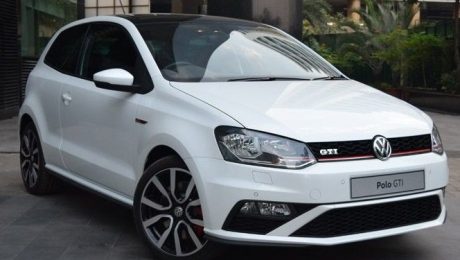 The new Volkswagen Polo GTI India has just come to light only a few days ago and we already know the details of what will be its sportiest version. It is the GTI variant, which will boast features and which seems to be the culmination of its category in the Volkswagen Group with the Audi S1, which develops 231 HP of power.

This figure would be far from the 200 hp developed by the 2.0-liter TSI block that will assemble the Volkswagen Polo GTI 2017. This engine can be associated with both a six-speed manual gearbox and a DSG automatic transmission. It has a double clutch with seven gears. The block is responsible for replacing the already obsolete 1.8 TSI, which delivered 192 hp and which seems to have ended the era of ‘downsizing’. The benefits of the new GTI have not been revealed, although it should exceed those of its predecessor by far-from 0 to 100 km / h in 6.7 seconds and a top speed of 236 km / h.

Just a few days ago, the Volkswagen Polo 2018 was unveiled, the urban German brand that now incorporates more technology to get closer to his older brother the Golf. Precisely the version that concerns us today has its origin in the Golf, the GTI in this case.

Polo GT Interior is elegant and catchy. The front grille is covered by a strip of red color that can be extended to LED optics if requested an option. For the rest, the interior has the classic checkered upholstery “Clark”, specific instrumentation, the leather sports steering wheel with decorative red stitching and all the upholstery of the roof and the rest of the interior in black.

To finish, the interior of this car will include the classic checkered upholstery of the Volkswagen GTI. In this case, it receives the name of Clark and it is combined with red seams present in the seats, the steering wheel or the knob of the gearshift. The mats will be exclusive and the roof will be finished in black. Also, being the top version of the range, the standard equipment will include all the news that we explain in the news of its presentation, as a digital instrumentation or a large multimedia screen in its central console.

The new Volkswagen Polo GTI arrives with interesting novelties, not only in the aesthetic section where it adopts the curious design line of the new model but also at the mechanical level. The new engine of more displacement with 200 horses, adaptive suspension and LED headlights are just three of the details that make it more attractive.

Because the Volkswagen Polo GTI 2018 we can say that it is more car in many aspects. On the one hand, it grows slightly in size with the arrival of this sixth generation, going from the previous 3.97 meters to 4.05 meters. The battle grows by 9 centimeters, which should confer more stability.

Aesthetically draws attention among the other colleagues in the Polo range, mainly by the body with specific details such as the bumper with larger air intakes and integrated fog lamps, the grille in the form of honeycomb or GTI insignia with a profile in red that is distributed by the body.

It has a rear wing larger than that of a normal pole, the double exhaust or tires that are 17-inch series and can be ordered in option 18. Inside, the brake parts in red look the GTI logo.

To make the most of the performance of the engine, it has a standard ‘Sports Select’ chassis, lowered by 15 mm to keep it well attached to the ground. In addition, you can choose DSG gearbox or six-speed manual.

The ‘New’est Combination of Style and Efficiency – Polo GT

The innovation from Volkswagen never pauses and the latest model of the brand, The New Polo GT is a lucid example for that. Bettering the best, this car features a great number of unique highlights in its design, build, efficiency, and of course style which goes without saying. Let’s have a look at some of these top notch attributes of the Volkswagen Polo New model.

Polo GT Pure Elegance – In and Out

The New Polo GT features an interior that can be regarded as a paradise of comfort. Right from the pedal section to the seat upholstering that is given an absolute royal touch, every single element of the interior is worthy of admiration. The new and enhanced steering wheel will now enable you to experience a smooth ride irrespective of the type of road you travel on. The 5 speed manual transmission will take your enjoyment of the ride up to the next level. There are multiple added comforts to the driver’s side right down to the dead pedal to ensure comfortable drive. The advanced center console will enable you to connect your phone via Bluetooth and you can use it through the voice command button on the steering wheel.
Coming to the exterior design and build, it’s a great blend of attractiveness and functionality. Latest added features include

Installation of highly recommended and advanced safety features has always been a priority for all Volkswagen models and The New Polo is no different. The vehicle comes with
• Advanced and highly efficient Anti-lock Braking System (ABS)
• Standard dual front airbags across all variants
• 3 point seat belts
• Sturdy and 100% Galvanized steel body enclosed by laser-welded roof
The New Polo comes in a wide variety of variants categorized on engine specifications as well as the fuel used in 6 different colors Copper Orange, Candy White, Night Blue, Flash Red, Carbon Steel, and Reflex Silver. 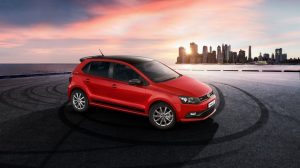 The interior of the Sport edition equipped with the GT Sport printed faux leather seat covers along with the standard features including aluminium pedal cluster, multimedia console, stylish upholstery and doorstep garnish.

Discussing the mechanical specifications, the Polo GT Sport powered by the four-cylinder turbocharged petrol and diesel engines. First one, the petrol variant comes with the 1.2-litre TSI engine rated at 77kW (105 PS) of power at 5,000 rpm. It produces 175Nm torque at the speed range of 1,500rpm and 4,100rpm.

The Polo GT Sport diesel comes with the 1.5-litre TDI engine that develops 81kW (110PS) of power at 4,400 rpm and the torque of 250Nm in the range of 1,500rpm and 2,500rpm. As per the information, the petrol model offers with the 7-speed dual-clutch automatic transmission, whereas the diesel powered model gets the 5-speed manual gearbox as standard equipment. 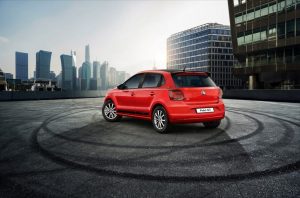 With the updated exterior, the Polo GT gets the sportive body and an extraordinary appearance. The limited edition will definitely increase the car range as well as Volkswagen range in the Indian market. Also, the company has concentrated on introducing new Volkswagen car with the high range of specifications. The car company has recently confirmed that Volkswagen Tiguan to be introduced in the high-demanding SUV segment in this month. The Volkswagen official site has already updated with the Tiguan SUV, which was already exposed at 2016 Auto Expo.

In addition, the car manufacturer is working on the new VW models with the powerful engines to accelerate the performance of the models as well as satisfy the young generation customers. The reports indicated that the demanding Volkswagen cars in India, Polo and Vento models will get the facelifts, which feature advanced equipment and technical spec.